It’s difficult to write this, but I feel like I need to write it down, however random and sloppily it turns out:

I got laid off today.

I can’t say the layoffs were a surprise. Internal events were telegraphing that it was likely to happen. I was just crossing my fingers that I wouldn’t be included. I spent the past four years putting everything I could into making Knock a success. I feel like I showed how capable I am, and that I did tremendous work. But the company is not doing well at all:

The forecast pales in comparison to the $400 million to $500 million Knock hoped in March 2021 to raise in an IPO. At the time, Knock was aiming for a valuation of $2 billion; Black hasn’t disclosed the company’s valuation after the latest fundraising round, but cited money as a reason for the layoffs.

It also pales in comparison to the $400m Series B round.

It really hurts to see my face right in the middle of the company picture in Sean’s blog post.

The absence of the people that were let go will have a major impact. People with a lot of knowledge around the building blocks of the whole platform were laid off. The people remaining are really smart and will figure things out, but I do not envy the road ahead of them.

But for today, it’s really, really, hard to let all of that sink in.

To close out, I’m leaving a few of the kind words my colleagues said about me during my tenure there. The names are redacted as I don’t have their permission, but I doubt they will mind me sharing some amount of positivity on this terrible day. 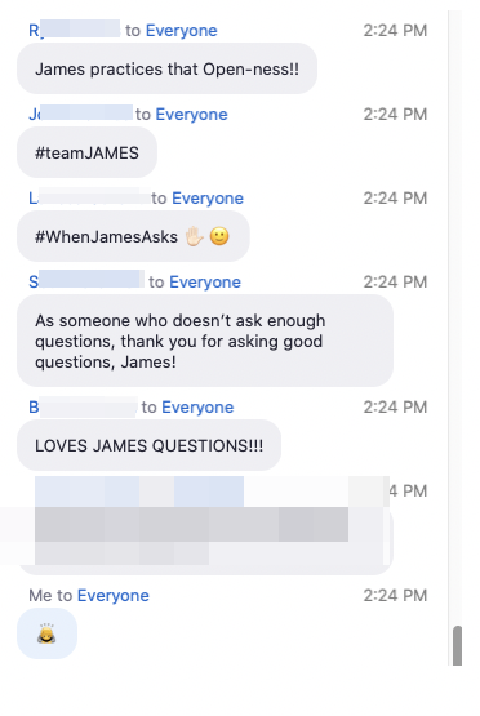 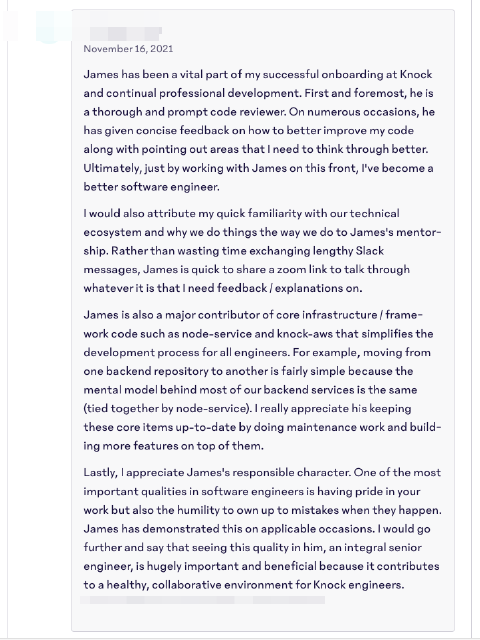