This article is for the people using the Wahoo Bolt v2 and considering the Garmin Edge 1040. This is not a long term review of either unit; for that see DC Rainmaker’s reviews: Bolt v2 and Edge 1040. The short summary is: the Edge 1040 is a better computer all around, and definitely worth it for people who want to actually train.

I already have a few thoughts jotted down in my post on Wahoo products in general. To summarize those thoughts: I want to support a local Atlanta business, I like their approach to things, but there are a lot of rough edges. It’s those rough edges that caused me to change computers and write this post.

Saturday, July 2, 2022 was the last time I used this computer. At my 60 mile rest stop, I was fed up enough that I ordered the Edge 1040 before I got back on my bike. It seems like every new firmware the device gets worse and worse. For a long time, it was reading the ambient temperature wildly wrong; some recent firmware seems to have fixed that one. On Saturday, the things that got me upset were:

Yes, I was on the latest firmware: WA39-14983. Point 1 has been an issue for months, and the pedal syncing has been the case since day one with the pedals. Point 2 is a recent development, but present over several firmware versions. I am sure point 3 is tied to point 2, but I don’t care.

All of that said, I really like the Bolt computer. I don’t need a lot out of a bike computer. I mainly use them to keep track of basic stats so that I can see my improvement over time. I do not ride regimented training plans, because I do not particpate in races; I’m just out to keep fit and have fun.

The Bolt is a simple, focused, computer that is very easy to use. The things I like about it over the Edge 1040 are:

The gallery below shows the primary pages I use on the Bolt, the features I describe above, and what a post ride summary on the device looks like. 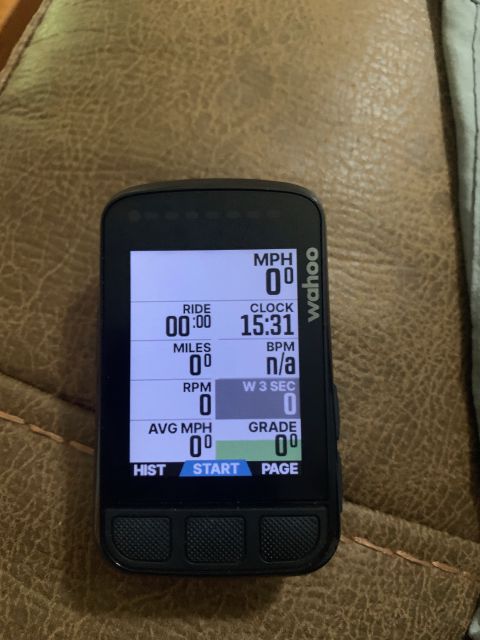 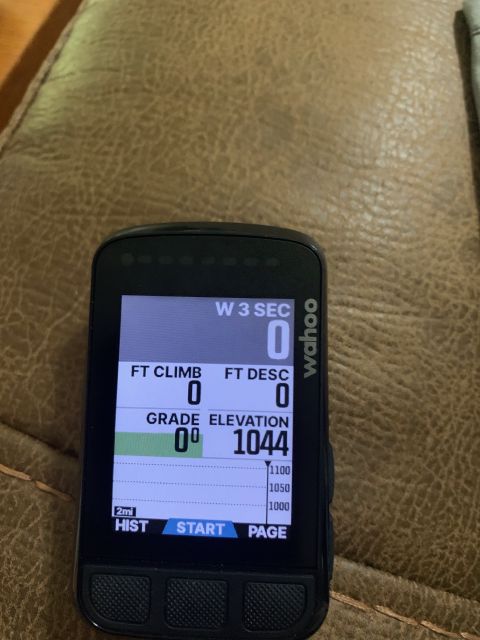 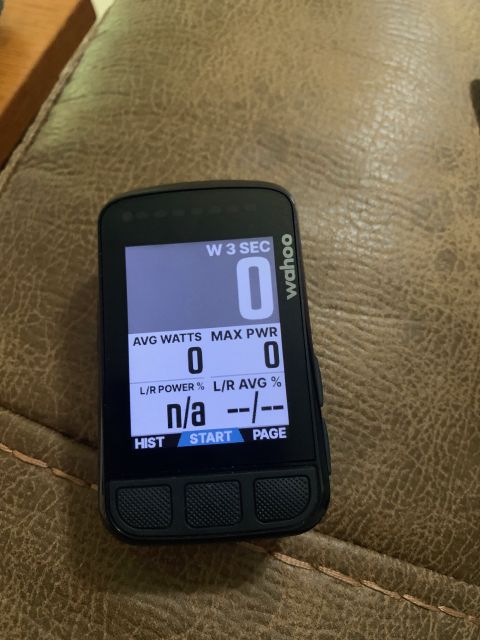 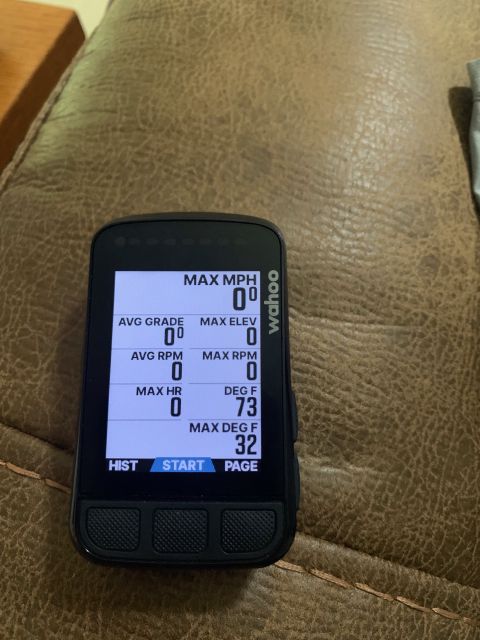 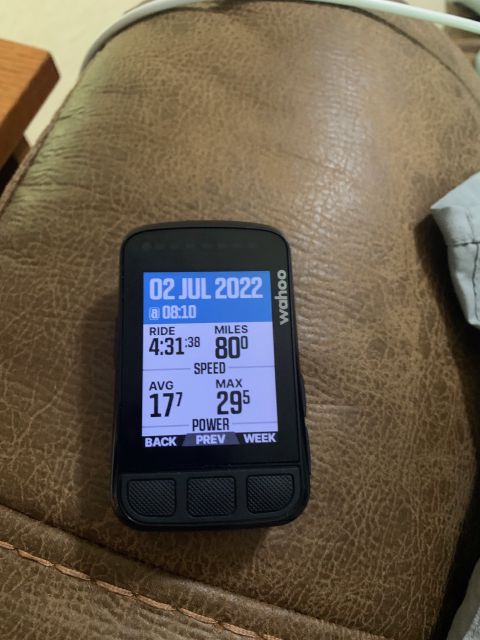 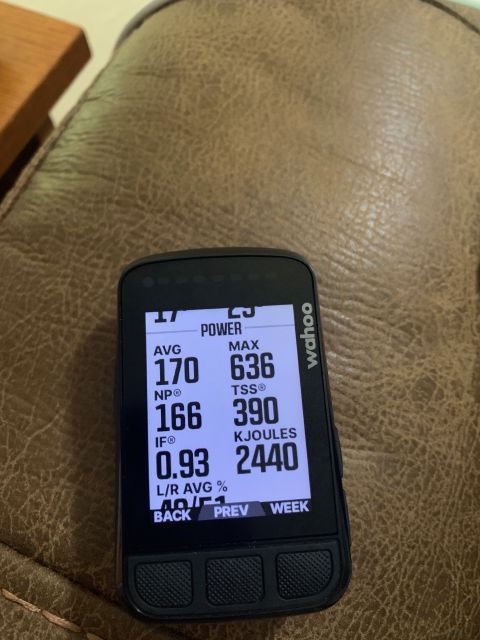 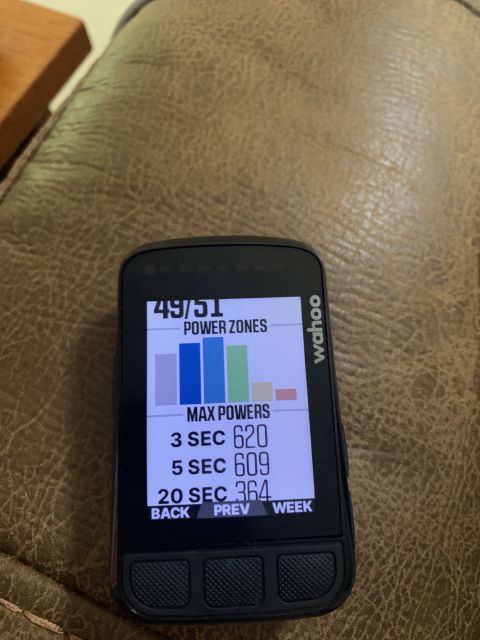 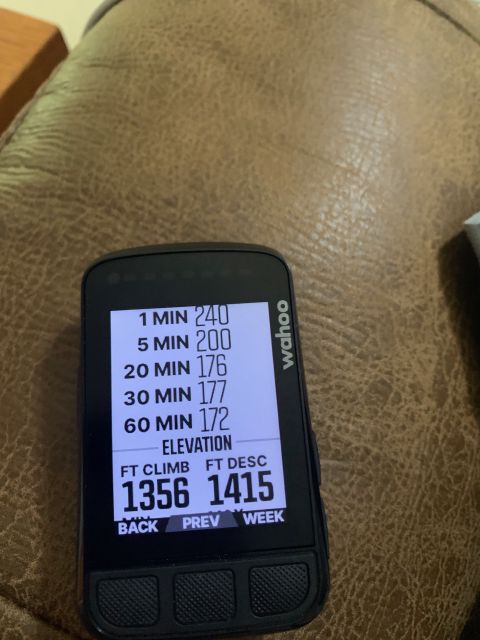 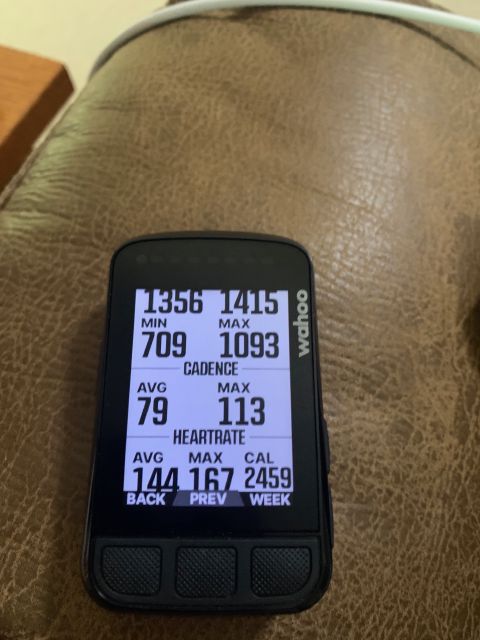 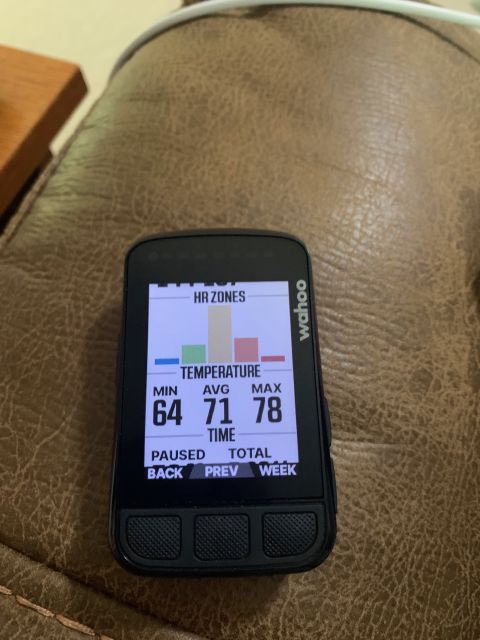 First off, bear in mind that I have used this computer for a total of one ride. Again, this is not a long term review. It’s my impressions as someone moving from one ecosystem to the other; I have never used any bike computer other than the Wahoo Bolt series prior to this Garmin computer. That said:

Wow. This computer is in a different league. It is clear to me that the Edge 1040 is the computer to get, between the two, if you are someone that is looking for a computer to train with. All of its features are geared to the serious athlete that is riding specific training plans.

I was able to replicate my main primary screen from the Bolt, and the screen where I can see my power and left-right balance information, but too many fields were lacking to recreate the other pages. That, or I could not get the Edge to use the correct field. For example, I should be able to recreate my elevation page, but the Edge refuses to put the graph in place and instead shows the current elevation, e.g. 4,000ft. The built-in elevation page is a pretty good substitute, it just doesn’t have the current 3s power field that I like to have.

The lack of fields doesn’t seem to be a limitation of the device, though. It seems to be a limitation of the firmware. I may write Garmin to ask for the missing fields, e.g. “max heart rate” and “avg heart rate”. But if they don’t add them, there is the Connect IQ SDK. While I really don’t want to have to write my own code to get stuff on the computer, it’s very nice to have the option. There is not even the hint of an SDK available for the Wahoo Bolt. And there are a few apps in the Connect IQ store that look pretty good and show that there is a lot more functionality possible.

The parts I’m less thrilled with:

The gallery below shows the primary screen I used while riding, and the post ride summary screens. 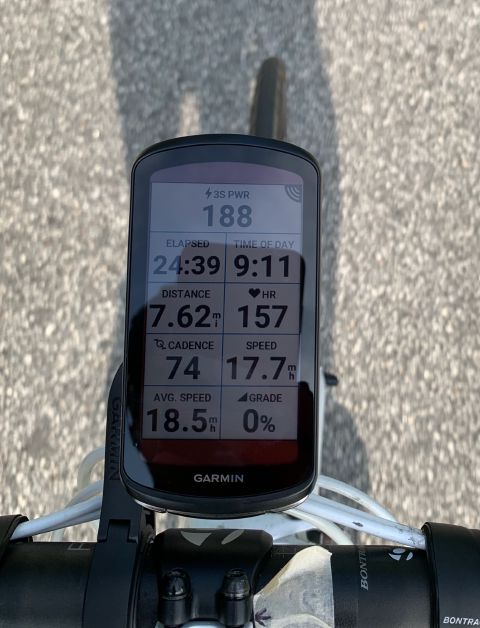 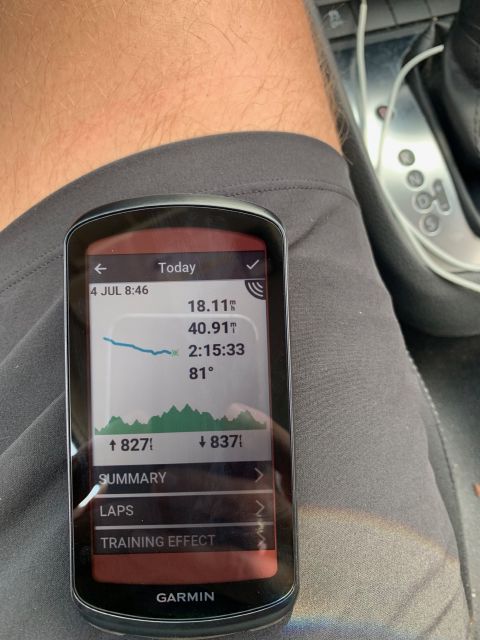 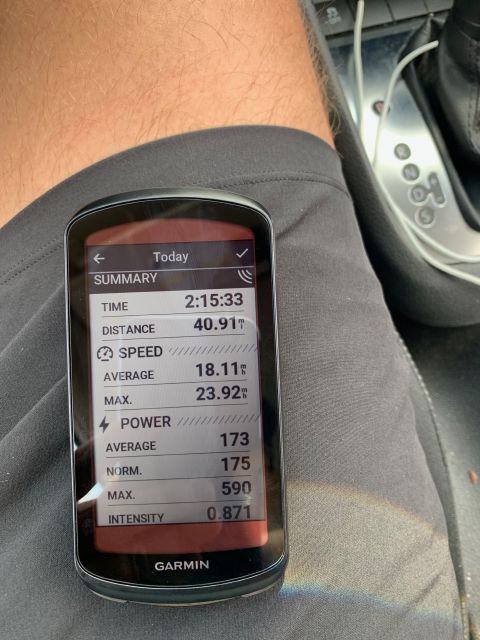 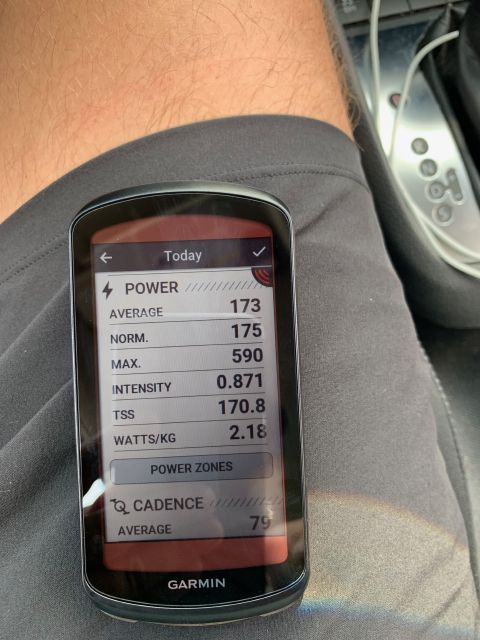 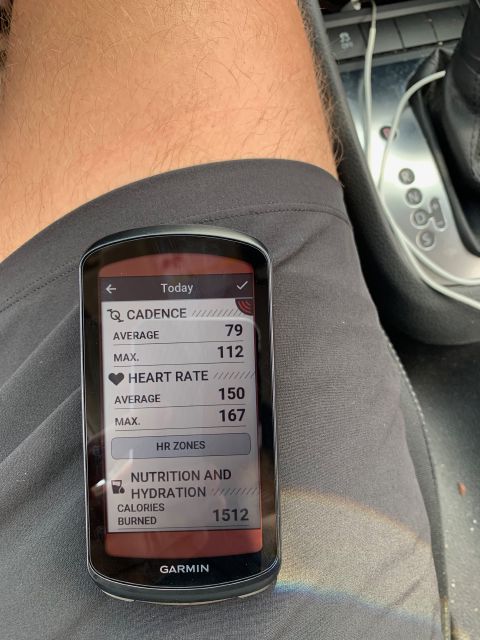 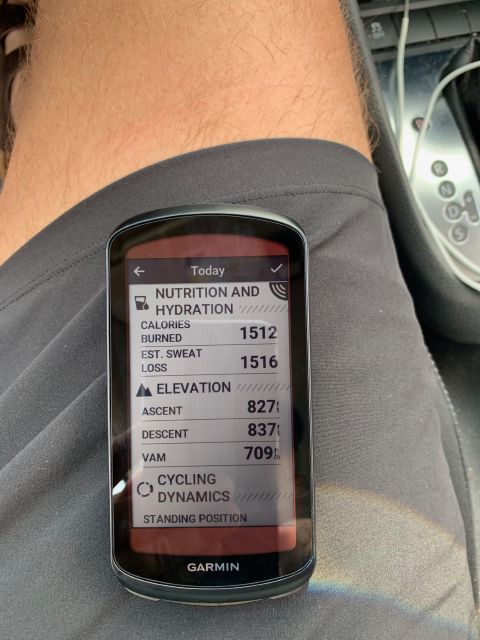 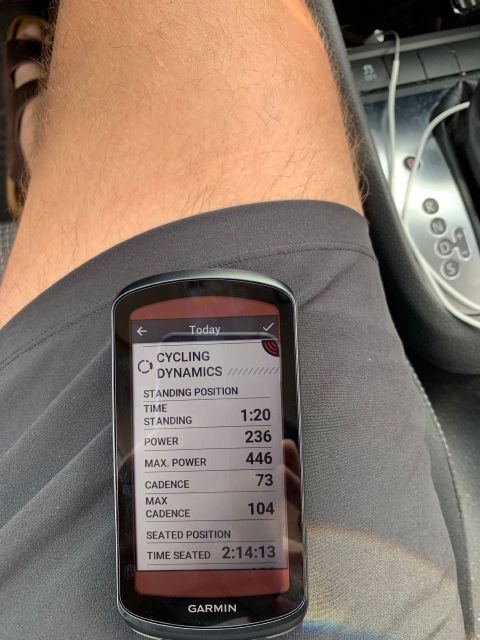 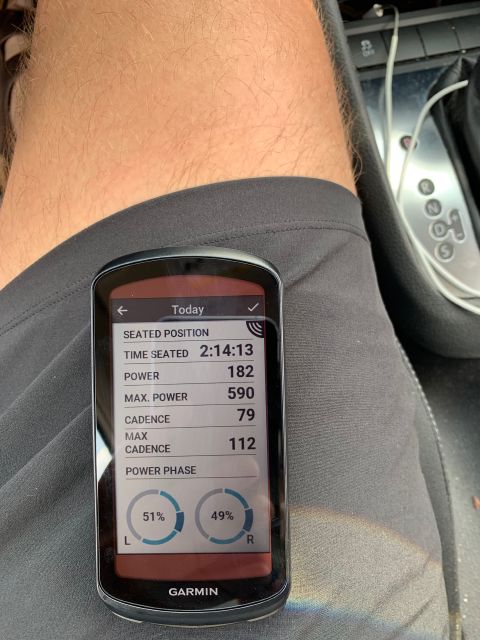 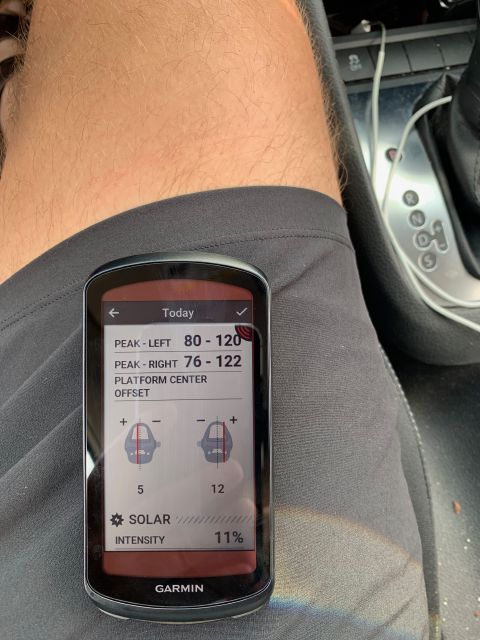 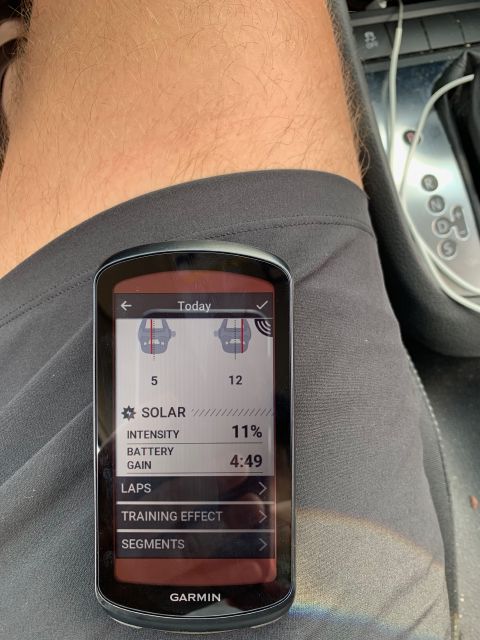 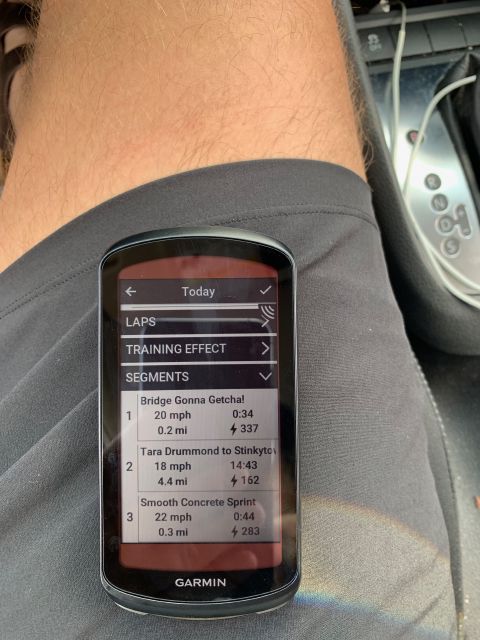 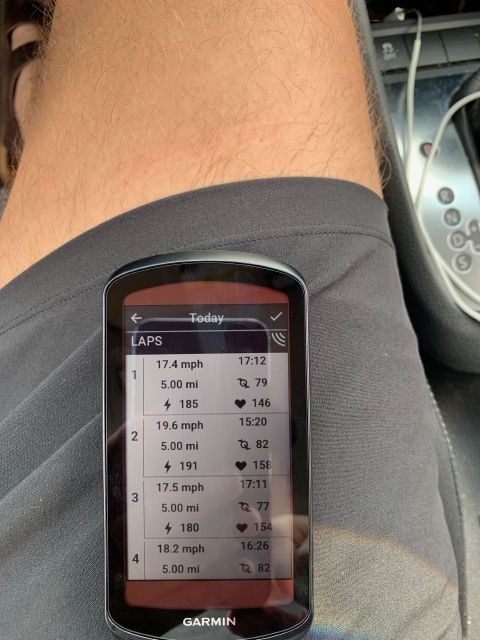 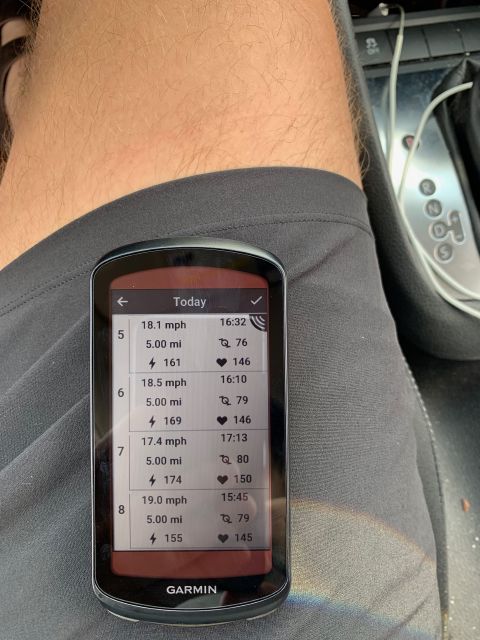 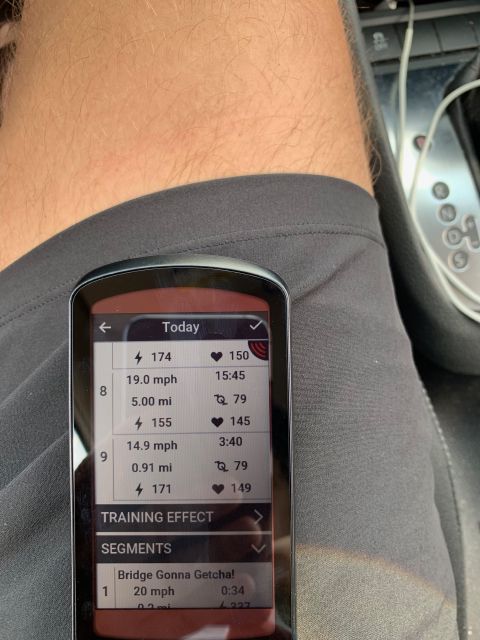 In short: as a long time Wahoo Bolt user, I am quite happy with the Garmin Edge as a replacement. It’s a much more robust computer, in size, feature set, and operation. Even for a basic user like myself, it does everything one would want it to do. But I do not recommend wasting money on the Solar version; get the standard version.